We remain committed to serving our community and caring for our patients during this challenging time. We are continuing to operate during our normal business hours and will update this message if anything changes.

Over the years, we've helped many people in Joplin, MO recover from persistent neck pain. This isn't unexpected, as research demonstrates that chiropractic care leads to significant improvements for 94% of neck pain patients. But how does chiropractic compare to other conservative therapies in the management of neck pain?

To answer that question, it's helpful to look back at an interesting study from 2003 printed in the British Medical Journal. The research reviewed a variety of conservative treatments and concluded that manual therapy was the most economical choice for neck pain.

Researchers from the Netherlands were interested in comparing not only the costs associated with manual therapy but how successfully manual therapy provided relief when compared to other treatments. They randomly assigned 183 patients with acute neck pain to receive care from manual therapists (MT), physiotherapists (PT), or general practitioners (GP).

Patients receiving manual therapy had the fastest recovery rate. After seven weeks of treatment, 68% of the MT group had recovered, compared to 51% of the PT group and 36% of the GP group. These variances in improvement rates were still statistically significant after 26 weeks but not after 52 weeks.

To compute costs of treatments, the authors considered direct costs such as visits to the healthcare provider and the costs of prescription medications, in addition to indirect costs like work absenteeism and travel time. The manual therapy group had substantially lower costs, with patients spending only a third of the costs spent by patients in the PT and GP groups. On average, manual therapy patients had about $611 in costs compared to $1773 in the physiotherapy group and $1885 in the general practitioner group (or 447 euros, 1297 euros, and 1379 euros, respectively). Only nine patients in the MT group documented missed work due to neck pain, compared to 12 in the PT group and 15 in the GP group.

The reduced cost likely stemmed from the fact that MT patients were using substantially less prescription drugs and needed fewer treatment interventions due to quicker recovery rates. The authors concluded that manual therapy, particularly spinal mobilization, is less expensive and more effective at relieving neck pain than physical therapy or care from a general practitioner.

Dr. Lewis has worked with many patients who have suffered from neck pain. If you live in Joplin, MO and would like to stop suffering from chronic neck pain, give our office a call at (417) 782-2504 for a consultation. 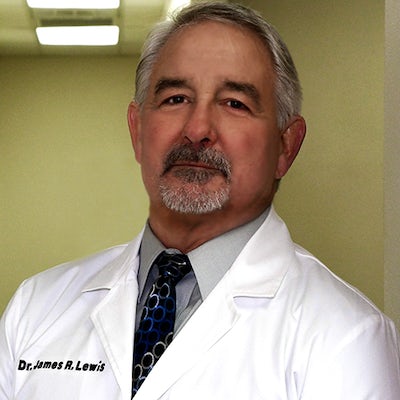 James R. Lewis, DC has provided safe effective, quality chiropractic care to patients in Joplin, MO for 29 years. Whether you're searching for effective pain relief for neck pain, back pain, headaches, have suffered whiplash from a car accident or just want to live a healthier lifestyle and want to boost your whole body wellness, James R. Lewis, DC at Advanced Health & Rehab can help.

How Chiropractic can Help Sciatica